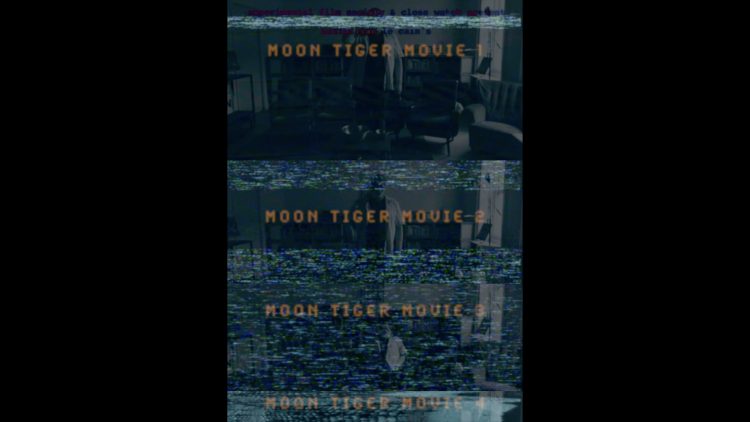 Moon Tiger Movie is the culmination of my first two decades of filmmaking. It shapes the short film work I did in this time into a four-part feature. In accruing a wealth of films, sketches and experiments over the decades, I have been gradually working towards this major project in which they reveal themselves as parts of a richer whole. What emerges is the electronic smudge of an inner life, the nocturnal residue of an existence half-dreamed. Broken and unreconciled, Moon Tiger Movie is a testament to the compelling inconclusiveness of life and the fragility of images. – Maximilian Le Cain

Moon Tiger Movie will be available for streaming on the Experimental Film Society video on demand platform. It will be unrolled throughout September 2019, with one of the four sections being released each week. As a special offer, it can be streamed free of charge for one week. After that, it can be rented for €5.