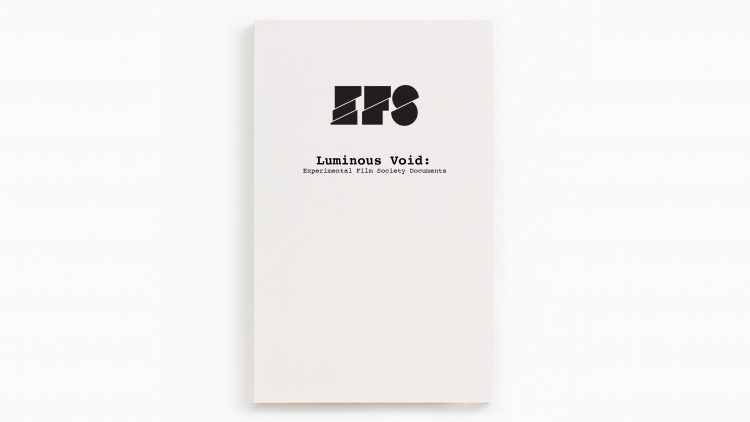 Indiegogo campaign launched to publish book on the history of Experimental Film Society and the ideas that animate it.

An independent filmmaking collective that produces, screens, promotes, and archives films by its members, EFS was founded and is run by underground filmmaker Rouzbeh Rashidi. Rashidi has spent two years gathering and compiling material for Luminous Void, a series of essays, documents and in-depth interviews with EFS filmmakers. The content of the book is now almost ready for publication but EFS is seeking €3500 to cover the design of the book and a print run.

This fully-illustrated volume will include an introductory essay by curators Daniel Fitzpatrick and Alice Butler; an article on EFS cinema by renowned film critic Adrian Martin; an account of the history of EFS and a number of their manifestos; in-depth interviews with Rashidi and other EFS members; texts by Esperanza Collado and Maximilian Le Cain; and a statement on contemporary alternative cinema by Daniel Fawcett and Clara Pais of Underground Film Studio, a sister organisation to EFS. The look and layout of the book will be designed by typographer Borna Izadpanah. The cover will be created by Pouya Ahmadi, a noted graphic designer and former EFS member.

The work of EFS filmmakers is distinguished by an uncompromising devotion to personal, experimental cinema. They have in common an exploratory approach to filmmaking, and their films foreground mood, atmosphere, visual rhythms, the interplay of sound and picture, and the nature and subjectivity of the image. These films have been widely screened in cinemas, festivals and art venues around the world.

To find out more about the campaign and the perks being offered, please visit: HERE