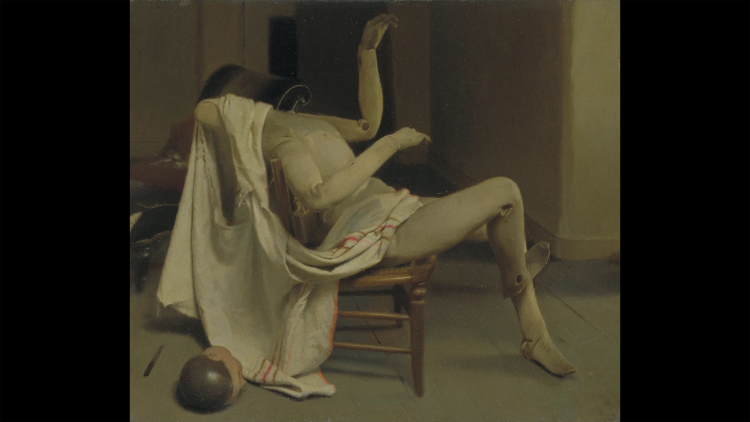 Years of curating and screening EFS short film programmes have taught me a great deal about how to present such programmes – and about how not to. One thing which never ceases to astonish me while watching them is how much films made under the EFS umbrella have in common. Although each member is very much a creative individual, the aesthetic and formal similarities between our works seem to indicate the presence of a central nervous system that we are all connected to and which generates a subconscious force that steers us towards a shared but unknown destination.

In a typical EFS programme of, say, ten films by ten filmmakers, each film will have its own structure and its own opening and closing credits. But if the films are well selected, watching them will also be akin to experiencing a single feature with each short taking on the role of a sequence in this longer film. This observation has led me to devise a whole new approach to presenting EFS work, the ‘Carcass Programme’.

These programmes will consist of new assemblages of scenes edited together from the work of EFS members. The scenes might originally come from features, shorts or medium length films, but they will be compiled to form entirely new hybrid films.

Pieced together like cinematic Frankenstein’s monsters, these morbid creations will feed on the flesh of previous EFS films, simultaneously announcing their death and enacting a potentially limitless series of resurrections. Each one will be specifically created for a single venue or event, be that a festival, gallery or museum presentation, meaning that they will have a very short lifespan. Each one will be named Carcass Programme: (title) and credited to members whose films have been used. This will be the presentation format for EFS programmes in 2017. The film is dead, long live the film! – Rouzbeh Rashidi