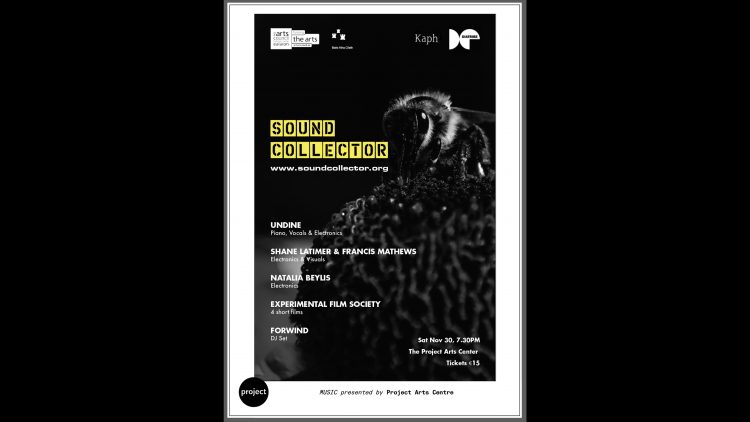 Four Experimental Film Society films will be screening as part of a Sound Collector programme at the Project Arts Centre on Saturday November 30th at 7:30 PM. Sound Collector is a series of events in Dublin which explore the spaces between music, installation, improvisation, sound, and noise. They aim to provide a platform for experimentation and exploration of multidisciplinary art practices in a performance environment. Works by UNDINE, SHANE LATIMER  &  FRANCIS MATTH, NATALIA BEYLIS and FORWIND. EFS films are:

The ghosts of a man and his dog haunt a rural Irish field in this claustrophobically atmospheric plunge into unsettling nocturnal textures.

Play Ground is a tribute to the great Dutch filmmaker Frans Zwartjes. Langan & Le Cain play characters locked into patterns of desire who seem unable to connect in this playful but ultimately melancholy film. It formed the basis of the first Langan / Le Cain live performance.