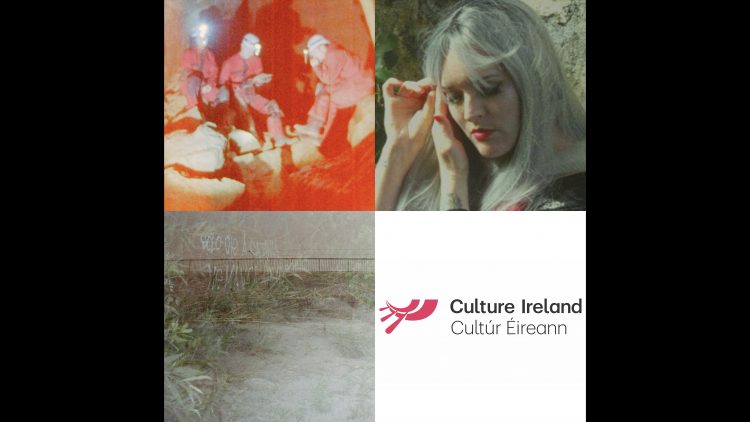 Two programmes of Experimental Film Society (EFS) shorts and a live performance by frequent EFS collaborator Cillian Roche will be featured in the Moving Bodies Festival at the Teatro Espace in Turin, Italy from 2nd to 6th of July 2019. This annual festival hosts artists from both live arts and video/film art. Historically, the Teatro Espace building was the first film studio in Italy. Today it is home to several important dance and theatre companies.

This project made possible with support from Culture Ireland.

Fragments reimagines a 15-year-old film by O’Neill through creating an entirely new piece by using outtakes from it.

Bogna Kirchoff takes imagery from a 1970s espionage thriller and warps the imagery into a surreal abstract narrative that focuses on one supporting female character.

Although clearly filmed in our time, Olive uses the scratchy beauty of hand-processed celluloid to help evoke a mood of ancient ritual. Cinema is made to haunt the present like a ghostly vision from the past.

The ghosts of a man and his dog haunt a rural Irish field in this claustrophobically atmospheric plunge into unsettling nocturnal textures.

This hallucinatory trip through the psychedelic recesses of science fiction emerges from the flickering bowels of the earth. Clavadetcsher’s gorgeous 16mm colours and dazzlingly intense editing are underscored by a characteristic lightness of touch.

Pour Hosseini’s intricate work with Super-8 conjures a mysterious territory that exists between memory, subjective perception and the objective materiality of the filmed image.

Contact uses Super-8 elements to play on the tensions between film image and material.

Langan & Le Cain embrace the mood and iconography of classic Gothic literature and cinema to their raw, mysterious and often erotically charged universe. Two isolated storybook characters wander through the remains of a shattered B-movie.

Rashidi’s vision of cinema as an alien energy taking possession of humans has never been more clearly articulated than in HSP (160). This short also notably highlights his skill as a cinematic portraitist.

Cillian Roche is an outsider actor whose diverse and often challenging creative activities have included numerous collaborations with EFS.

The Happiness of My Existence is a para-cinematic installation and celestial archeology of a river, incorporating a one hour live art peformance towards it’s end. The Artist wishes to thank and acknowledge the Moving Bodies Festival as the sole supporter of this work. The bones of which were set during a two-week residency at Moving Bodies Festival, 2016 in Teatro Espace, Turin. (Cillian Roche)