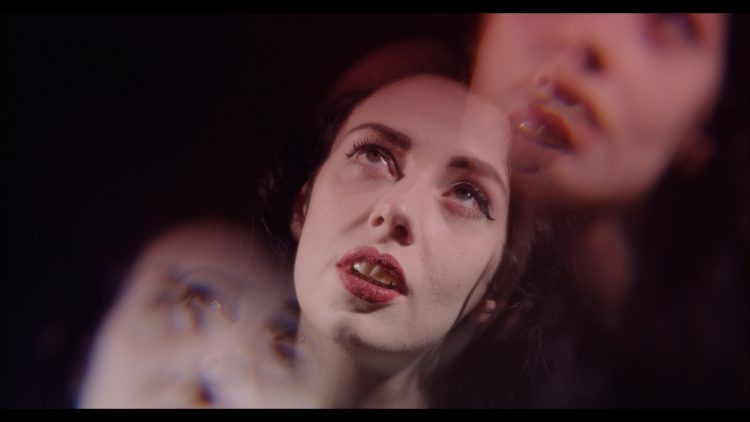 Two programmes of Experimental Film Society films will be screening at Kino ARMATA in Pristina, Kosovo on 22nd and 23rd of April 2020. ARMATA is a public space in Prishtina, Kosovo, that promotes alternative culture and social dialogue. More info HERE and HERE

Chris O’Neill continues his series of found footage inquiries into the haunting power of the cinematic image with I Wake Up Screaming. Images from a little-seen and underrated masterpiece of 1970s genre cinema are twisted and distorted into an unrecognisable new vision. This assault on the senses is heightened by an intense soundtrack from Texas-based rock ‘n’ roller Gabbie Bam Bam.

A glimpse in between two frames that ignite under the pressure of a gunpowder spark.

A Super-8 film that conveys the haunting charge of a privately made home movie of great significance to its creators but unsettlingly mysterious to viewers. Its grainy, black and white texture vividly renders the elemental coastal seascapes where it was filmed. Langan & Le Cain appear as a couple who inhabit this wild terrain as if it were a domestic arena.