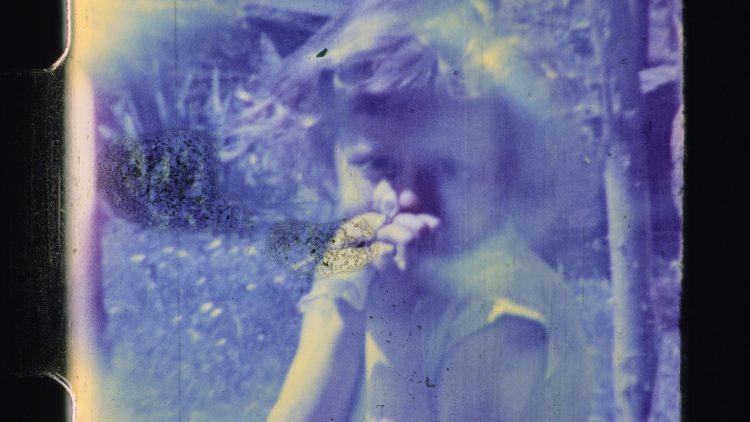 Experimental Film Society (EFS) is pleased to be the subject of a weekend-long event at GOMA (Gallery of Modern Art Waterford) curated by Mick Fortune. Taking place over June 3rd/4th, this will feature the looped projection of three films as well as an artist talk exploring the ideas and history behind EFS. The films being screened are:

Self Decapitation (2017, 65 mins), a Janus-headed self-portrait by EFS founder Rouzbeh Rashidi and Maximilian Le Cain in which death and desire each in turn take possession of this film in two parts. The ambiguities of inhabiting a human body are conjured by way of film technology in its faults, faulty memories and false promises.

Gleanings (2017, 8 mins) by Atoosa Pour Hosseini in which Super-8 memories emerge and vanish into the imageless texture of scratched celluloid, an object at once very present and channelling long absent moments of ambiguity.

Carcass Programme: Akephalos (2017, 60 mins), the latest in an ongoing series of films edited together from the past work of various EFS members (Jann Clavadetscher, Dean Kavanagh & Michael Higgins). “Pieced together like cinematic Frankenstein’s monsters, these morbid creations will feed on the flesh of previous EFS films, simultaneously announcing their death and enacting a potentially limitless series of resurrections. Each one will be specifically created for a single venue or event” (Rouzbeh Rashidi).