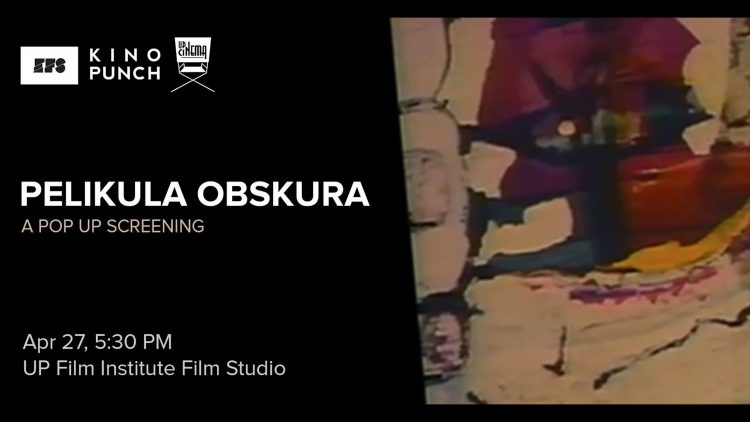 A programme of Experimental Film Society will be screening at UP Film Institute Film Studio, Quezon City on 27th April 2017 at 17:30. It will be as part the Pelikula Obskura programme organised by Kino Punch Magazine.

“Pieced together like a cinematic Frankenstein’s monsters, Carcass Programme: Relics is an experimental feature film that has been created from shots and sequences reworked from films from the archive of the Experimental Film Society.”