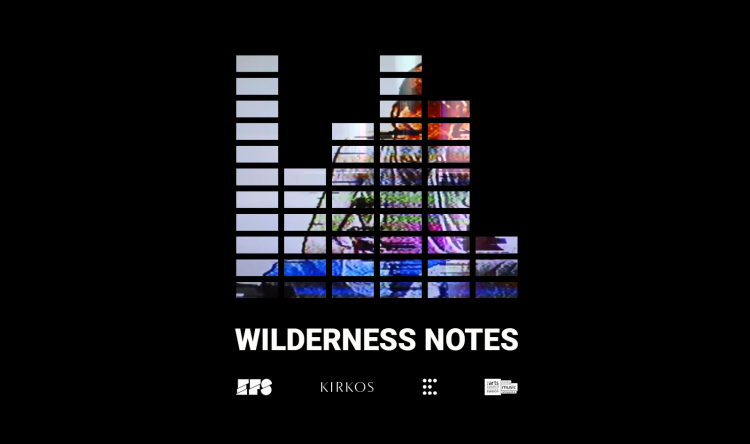 Kirkos Ensemble and the Experimental Film Society are proud to present Wilderness Notes, an exciting collaboration bringing together two of Ireland’s most innovative contemporary arts group from the fields of music and film.

The three films that comprise Wilderness Notes all explore psychic, territorial and technological margins. Isolated characters, all somehow locked into masks or fixed personae, navigate desolate zones between dimensions where a sense of being physically adrift and at risk is mapped onto a corresponding inner state. But they are not only adrift in space, they are equally adrift in time. Making experimental use of several outdated moving image formats, notably Super-8 and VHS, Wilderness Notes summons up ghosts from an abandoned future, taking its cues from the western, the nightmare of nuclear holocaust and the masks of ancient theatre.

All three of Wilderness Notes’ musical compositions were written to complement EFS’s filmmaking approach. Barry O’Halpin’s is derived from the electromagnetic spectra of 5 chemical elements, resulting in an ethereal and almost alien set of harmonies and moving parts, while Seán Ó Dálaigh pits the ensemble against undulating sine waves and introduces an element of choice into structural repetitions to create a vibrant microtonal universe. In contrast, Kirkos co-director Robert Coleman’s contribution is a song cycle, setting poetry by American poet Morri Creech for voice, ensemble and electronics, examining the states of consciousness that flash beneath the waking mind.

The collaboration marks a new frontier in the experimental filmmaking and contemporary music scenes in Ireland, combining both groups’ radical approach to presenting their art and engaging with audiences in challenging and refreshing ways.

Warning :: Will contain some explicit content. Parental guidance for under 18’s is advised.

Wilderness Notes is presented by Kirkos Ensemble and the Experimental Film Society, with support from Ensemble Music and Filmbase, and is funded by Arts Council Ireland.