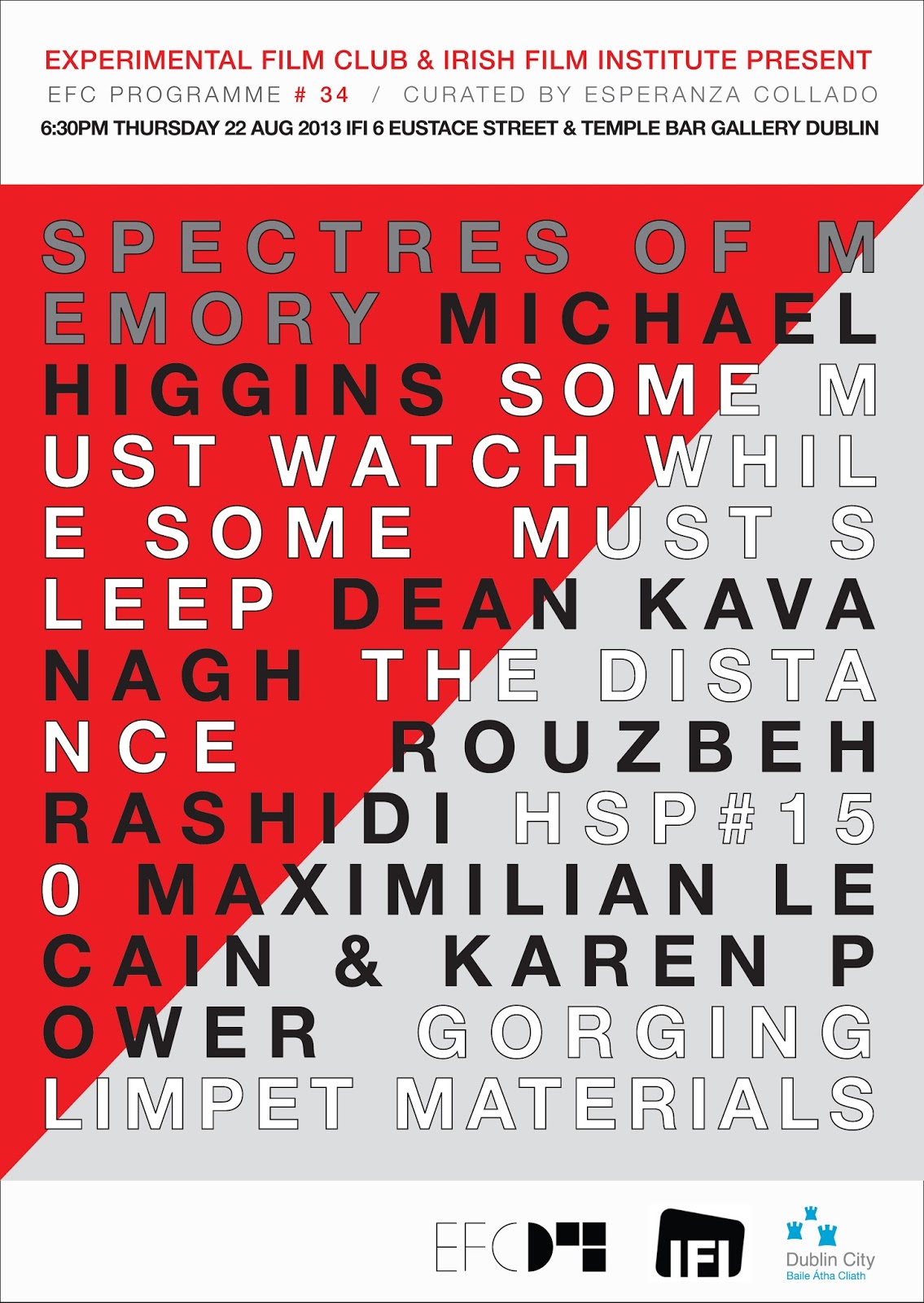 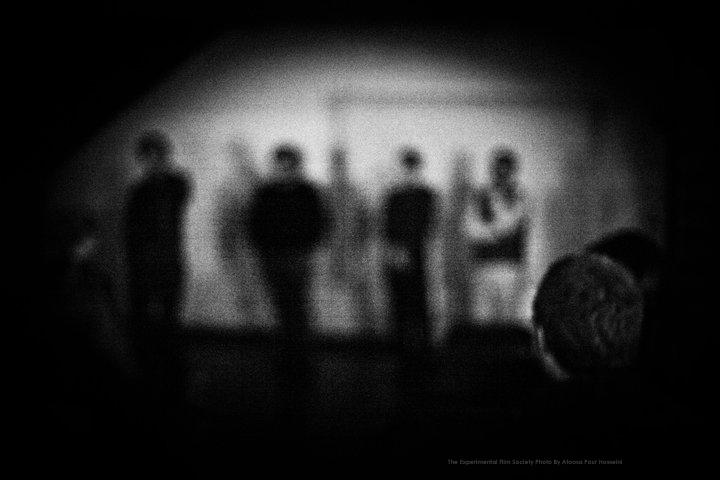 A programme of experimental films followed by an expanded cinema performance. Filmmakers in person.

6:30pm / Thursday 22 August 2013
Irish Film Institute (6 Eustace Street, Temple Bar, Dublin) and Temple Bar Gallery + Studios (5-9 Temple Bar)
Tickets here.
This month’s programme showcases four of Ireland’s most outstanding contemporary artists working consistently in the field of experimental filmmaking. If there is a common spark that links the work of Rouzbeh Rashidi, Michael Higgins, Dean Kavanagh, and Maximilian Le Cain, it is the belief that cinema is the last device capable of reaching the mind through the senses, reminding us that cinematic qualities are deeply related to our own metabolism. Their resistance to the accepted rules of the filmmaking industry results in a total creative freedom where exploratory processes lead to a defiantly personal film practice that combines poetic forms with subversion. Their keen awareness of cinema histories is matched only by their common devotion (the only necessary driving force) to reinventing a medium in the age of its apparent death. And their individual creative visions have noticeably gained in force over recent years. Along with a handful of other international artists, they are all members of Experimental Film Society, a group that the EFC is overdue in paying homage to. Experimental Film Society was founded by Rashidi in 2000 in Iran to preserve, promote and distribute the work of its members. It has also undoubtedly stimulated many collaborations and common projects within the group, as well as the restless curatorial practice and critical writing related to this project and its members by Maximilian Le Cain, a leading figure in contemporary Irish experimental film whose work we have shown in past programmes.
This programme focuses on the spectral quality which is inherent in film’s materiality and decadence, as well as being deeply embedded in our collective cinematic consciousness. A ghostly quality in the form of oblique memories and pulsations runs through each of the works selected for this session to a different degree. Michael Higgins‘ Some Must Watch While Some Must Sleep explores ideas of dream, memory and time. It was shot in Alberta and British Columbia on 30 rolls of expired Kodak Super8 stock, utilising unorthodox hand-processing and telecine techniques in order to highlight the unique characteristics of celluloid subject to destruction and decay. Dean Kavanagh is, in Le Cain’s words, “Irish cinema best-kept secret”, and in The Distance, as well as in other works by this Wicklow-based film poet, memory plays an essential role, “or, more specifically, the flimsiness of the divide between the intensity of the impression of a given moment and its memory, with the mechanics of image-making providing the solution in which these two states are dissolved” (Le Cain).
Rouzbeh Rashidi is a ‘cinemist’, a term borrowed from visionary Spanish experimental filmmaker, theorist and inventor José Val del Omar that combines in one the words ‘cineaste’ and ‘alchemist’. This affinity could be expanded even further if the presence of a spectral, quasi-tactile impression achieved through light pulsation and a ghostly mysticism that is common to the work of both artists were taken into consideration. Rashidi’s piece in this programme, HSP #150, is one of the key installments in his enormous, ongoing audio-visual laboratory Homo Sapiens Project. Using 16mm and 35mm footage, and featuring an impressionistic portrait of Zurich-based filmmaker Jann Clavadetscher, HSP #150 is a cryptic, often darkly surreal excerpt of the larger film diary series which is generally permeated by an eerie sense of mystery reminiscent of horror and classic sci-fi cinema.
The session will conclude with a special event that will take place at the Temple Bar Gallery studios right after the screening. Maximilian Le Cain and composer Karen Power will present Gorging Limpet Materials, a collaborative performance that uses sound, film and video to conjure a mysterious zone of elusive sounds and images that hint at a ghostly realm of submerged memory. This is a specially prepared version of Gorging Limpet, a much larger scale performance/installation that took place in Cork this summer.

MICHAEL HIGGINS, SOME MUST WATCH WHILE SOME MUST SLEEP
IRELAND/CANADA 2012 61 MINS S8 ON VIDEO COLOUR SOUND