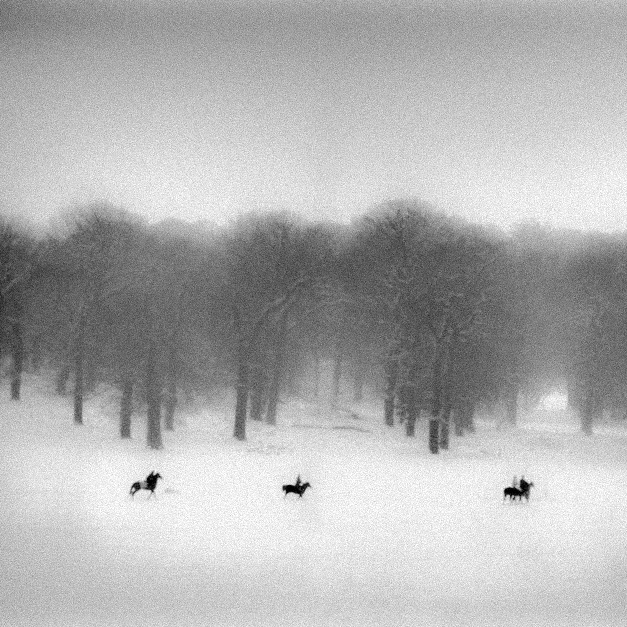 2022 was a busy and fruitful year for the artists of Experimental Film Society. As for EFS as an organisation, it has been a comparatively quiet year after the intense activity surrounding the EFS 20th anniversary in 2021. This is because after years of organising screenings and events nonstop, I stepped back a bit to allow a bit of time for recovery, recuperation and, most importantly, to work on new ideas and plans for the company’s future. EFS is undergoing a drastic change. I am devising a completely new operational strategy with new methods for producing and distributing films, which will be announced in due course.

Nevertheless, 2022 was not a completely fallow year. We started to collaborate with Wolf Kino, Berlin and held three EFS screenings there. We also participated in The German Irish Film Summit organised by the Irish Embassy in Berlin. This took place at Kino Moviemento where I presented a masterclass and a screening of EFS films.

As for my projects and plans, I have been working flat out on my upcoming feature film, which has been in production and development since early 2020. This film is an entirely new direction for me as a filmmaker, and I am excited to announce more news about it in the coming year. Furthermore, my favourite contemporary film critics, Cristina Álvarez López and Adrian Martin, released two fantastic video essays on my films. They can be seen here and here. Finally, my 2012 feature film, Hades of Limbo, was screened at the prestigious Govett-Brewster Art Gallery/Len Lye Centre in New Plymouth, New Zealand.

Besides working on the upcoming film, most of my time went to my new passion and love: teaching experimental filmmaking. I started to work with a great team at the Berlin Art Institute (BAI). I devised and taught two courses there so far, one virtual and one onsite, and the results of what the students produced were deeply impressive. I also began teaching Experimental Filmmaking in the academic semester at Universität der Künste Berlin. Berlin University of the Arts is one of the world’s largest and most diversified arts universities, and it’s an honour for me to work with its excellent students and staff. I have many more programmes and courses planned for next year in various other colleges and universities in Berlin and other cities throughout Europe which will be announced soon.

Maximilian Le Cain was recently appointed the Arts Council/UCC (University College Cork) Film Artist in Residence for 2023. He released two films in 2022: Daughter of the Sun, a short based on an Irish legend which was funded by the Arts Council of Ireland & Cork County Council; and Blissed, an erotic experimental feature. He collaborated with Léa Lanoë on the film performance Two Times in One Spacecurated by Vassily Bourikas at Oberhausen Film Festival. Production was completed on an upcoming feature, Solitaire, also funded by The Arts Council, which is due for release in 2023. He was commissioned by Cork International Film Festival to make the short The Magical Tortilla Chip, a collaboration with primary school students that was premiered at CIFF 2022.

Shelly Kamiel will soon begin shooting on Now and Forever, a film that will be made in collaboration with Le Cain. Work continues on her constantly evolving first feature, Ghost Dust, which traces the adventures of a ghost on holiday.

Atoosa Pour Hosseini saw the publication of the book Atoosa Pour Hosseini 2011-2021, a comprehensive overview of a decade of her work in film, installation and performance. She also released Hours of the Wolf, one of a series of zine-like booklets from Temple Bar Gallery + Studios that invite artists to publish research materials and experimental imagery. She is preparing a new body of work for a major solo show at Temple Bar Gallery for Autumn 2023.

Michael Higgins is in the final stages of post-production on a new feature film funded by the Arts Council of Ireland. He also completed a new solo short film, EXT. CANAL – DAY, and one made in collaboration with Ieva Balode, Thanatophobia. Both of these are currently screening at film festivals around the world. Supported by Askeaton Contemporary Arts: Welcome to the Neighbourhood 2022, Higgins and film artist Juana Robles produced From Steam to Screen, an expanded cinema installation, and also led a day long 16mm camera-less filmmaking workshop with 4th class students from Askeaton Senior National School. Higgins’ 2019 feature Autumnal Sleeps continues to screen at international festivals.

Vicky Langan was awarded an Arts Council Agility Award which allowed her to attend intensive 16mm photographic chemistry workshops with Richard Tuohy and Dianna Barrie (Nanolab, Melbourne), and handmade 16mm emulsion explorations with Esther Urlus (WORM, Netherlands) at the Baltic Analog Lab in Riga as part of the Baltic Analog Lab film school. Thanks to an Arts Council Professional Development Award, Vicky attended Murmurations, a retreat in the Scottish highlands dedicated to the art of acoustic ecology/located sound to learn from the award-winning field recordist Chris Watson and many other artists and experts in this field. She narrated Maximilan Le Cain’s Daughter of the Sun. She is part of a new interdisciplinary artist project called littletinySPACE, which develops experimental work for audiences under 12 months old.

Vicky is currently working with dance-theatre company Junk Ensemble and artists Jesse Jones, Amanda Coogan, Olwen Fouéré and Aideen Barry on a project called Powerful Trouble, one of four large-scale projects supported by the Arts Council of Ireland’s Open Call funding 2022. It will be performed at the RHA Gallery as part of the 2023 Dublin Theatre Festival. This year Vicky was awarded a full film bursary from the Arts Council of Ireland to continue to expand her sound/film practice.

Throughout 2022, Chris O’Neill continued to create video essays and trailers for a range of boutique Blu-Ray companies in the US, UK and Australia. He also recorded his first audio commentary (with Bill Ackerman) for the 1984 Peter Coyote picture Heartbreakers. 2023 will see the release of his latest experimental found footage film From The Tunnel of Faded Memory. He will also embark on his first feature length project, also a found footage film, which has been in development for fifteen years.

It has been an excellent year for EFS – thank you for being part of it! With many exciting plans and projects already underway for 2023, we wish everyone a Happy New Year.