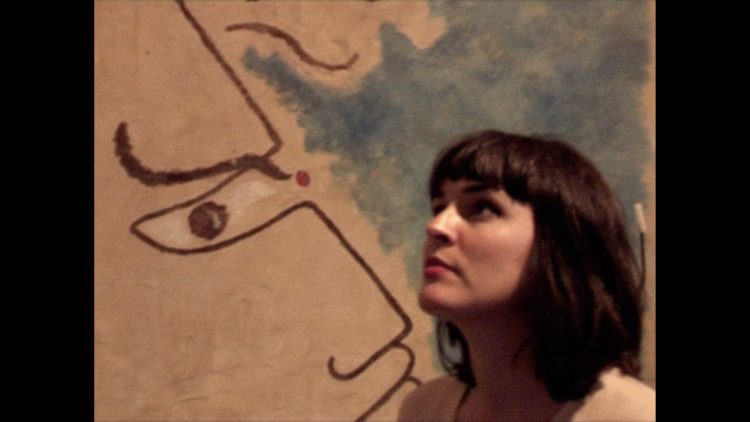 Four years in the making, this is my most ambitious and challenging work to date. A mysterious underworld is evoked through the aura of obscure abandoned tapes and fictionalized video diaries to reveal the traces of a full-blown B-movie serial. Sounds and images that might mean everything or nothing hover between life and death, as do the characters that drift through them: a ghost hunter pursuing the phantom of an obscure criminal named ‘Maurice’; murdered gangster Dutch Schultz, sometimes accompanied by his wife, and tempted by a snake-spirited demon; an anguished explorer trying to help his entranced companion who is possessed by the spirit of a child kidnapped in a fake jungle many years ago; an intrepid little explorer seeking an animal familiar; and the exiled princess of the underworld herself.

Over its six-hour running time, Scorpion’s Stone makes use of multiple rhythms and visual textures to repeatedly evoke and dissolve narrative traces. The result is a unique meditation on the haunting malleability of forgotten sounds and images.

Screenings will be announced this autumn. – Maximilian Le Cain