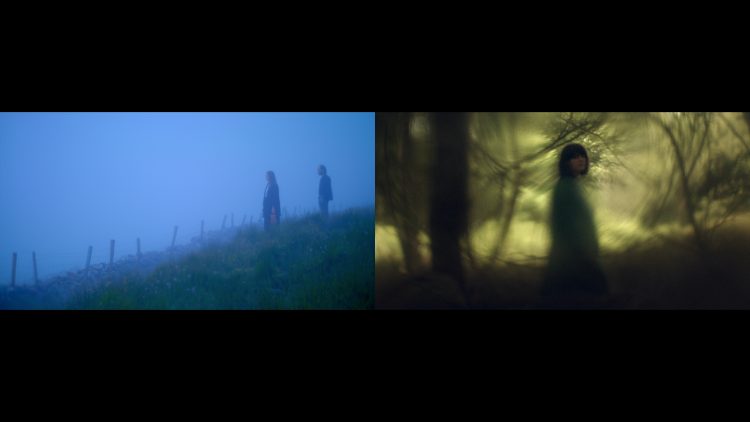 Experimental Film Society (EFS) is thrilled to announce that two of its recent features will be screened at one of its favourite festivals, Cineautopsia / Festival de Cine Experimental de Bogotá in Colombia. The inclusion of Phantom Islands (Rouzbeh Rashidi) and Inside (Vicky Langan/Maximilian Le Cain) in the 2018 edition will make it the third year running that EFS films have been shown at this wonderful festival. A visit to Cineautopsia last year revealed it to be a model of friendliness, professionalism and vision. 16th to 19th May.

Phantom Islands and Inside are in many ways complimentary films that mirror each other in several aspects. Both are wordless, delving back into the origins of cinema to conjure portraits of characters and couples immersed in psychic breakdown within vividly rendered Irish landscapes. Both present extremely fragmented narratives that blur inner and outer worlds, and are driven by intensely atmospheric visuals and soundtracks. And both rely on boldly physical performances that owe as much to performance art as to screen acting.

Phantom Islands is an experimental film that exists at the boundary of documentary and fiction. It follows a couple (played by fimmaking duo Daniel Fawcett and Clara Pais) adrift and disoriented in the stunning landscape of Ireland’s islands. Yet this deliberately melodramatic romance is constantly questioned by a provocative cinematic approach that ultimately results in a hypnotic and visceral inquiry into the very possibility of documentary objectivity. As always with Rashidi, it makes for a formally challenging and visually powerful experience, praised by CinePensieri as “another incredible work, that, by redefining the concept of cinema, is set to become an unmovable point of the contemporary and future avant-garde”.

Inside is an experimental feature film that excavates the sensations, desires and elusive chimeras of one woman’s inner life. Taking place in the isolated setting of a remote country cottage, it summons a haunting portrait of a woman adrift in a personal reality formed of her domestic rituals and frustrations. At once lyrical, unsettling and perverse, Inside is a chart of the growth patterns of solitude. The first feature to have emerged from the longstanding filmmaking partnership between Vicky Langan and Maximilian Le Cain, it was described by critic Nikola Gocić as a “dissonant, wordless and deeply melancholic lullaby… It defies any attempt to be properly categorized, let alone be pigeonholed into a definition, so take the following comparison(s) with a grain of salt: think Tarkovsky or Sokurov by way of Garrel or Duras with hints of self-denying performance art and you might get the slight idea of what to expect from it.”

Experimental Film Society (EFS) has been called “the most active, prolific and intrepid group of experimental filmmakers working in Ireland today” (AEMI – Artists and Experimental Moving Image). It is a company dedicated to the production and screening of experimental cinema. It concentrates on nurturing film projects that reflect the distinctive cinematic vision it has developed over its eighteen-year existence. Its films are distinguished by an uncompromising devotion to personal, experimental cinema.

The Experimental Film Festival of Bogotá / CineAutopsia was born from the search for an authentic, radical and propositive cinema. It promotes a cinema that evokes the practice of freedom. It supports creators of audiovisual art, especially from Bogotá, Colombia and Latin America, by offering them the possibility of sharing their experiences and ideas. In this context, the main interest of the festival is to interact with the public through creative laboratories, artistic interventions, guest shows, talks and film screenings, positioning itself as a creative epicenter where different expressions that derive from the cinema converge with the other arts.