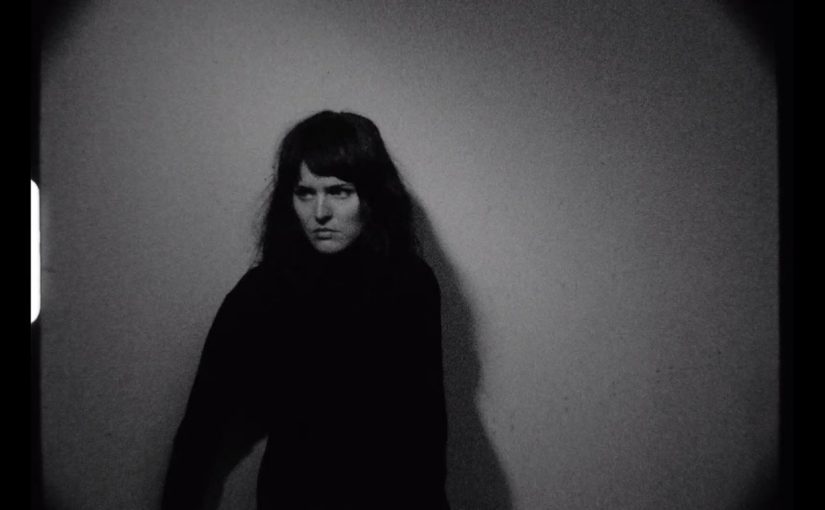 Vicky Langan is a Cork-based artist whose practice operates across several often overlapping fields, chiefly performance, sound, and film. Langan both embraces and projects vulnerability, offering an intimate territory loaded with personal symbolism and unguarded emotion. With a focus on the sounds of the body and its functions, involving contact-­miked skin, amplified breath and live electronic manipulation, Langan’s work sits between sound and performance art. Using simple raw materials such as domestic objects, hair and magnetic tape, she layers physical gestures and scraps of sound to create intensely personal imaginary landscapes. Mundane domesticity is explored as a temporal space where the material body and sensual inner worlds mesh. In opening herself emotionally, she creates warm yet discomforting rituals that at once embrace the viewer and remain resolutely private, exploring the limits of what can be shared between people and what must remain mysterious.

Since 2010, Langan and experimental filmmaker Maximilian Le Cain have been working together in a unique creative audio-visual partnership. This is built on the strikingly fitting match between Langan’s magnetic, often troublingly intense presence as a performer and Le Cain’s distinctively jarring, disruptive visual rhythms. So far, they have completed fourteen moving image works together and were awarded a residency at the Centre Culturel Irlandais, Paris.

As a curator, Langan is known for Black Sun Cork, a platform for world-class underground music and experimental cinema in Ireland that she founded in 2009.  She is a recipient of bursary awards from Cork City Council and the Arts Council of Ireland. Langan is currently under the mentorship of Gare St Lazare Players Ireland, an Irish theatre company dedicated to the novels, prose & plays of Samuel Beckett.

“Through her solo work as Wölflinge, Irish artist Vicky Langan has gained a reputation for raw and intense performances that are as likely to leave audiences feeling deeply unsettled as profoundly moved. Langan both embraces and projects vulnerability, offering an intimate physical theatre loaded with personal symbolism and unguarded emotion. With a focus on the sounds of the body and its functions, involving contact-miked skin, amplified breath and live electronic manipulation, Langan’s work sits between sound and performance art.”

“There are some musicians who entertain us, fine; some who stimulate  us,  better; and then some who immerse us in something so powerful that,   almost, primal emotions surface instantly;  making us ultra-defensive,  or, finally open to illumination. One of the  latter is Vicky Langan… You may love her, hate her, be  astonished, be  repelled-but you will not be unmoved. Promise. In a  world of bland  s**te we need to treasure artists like this -even if they  burn…”