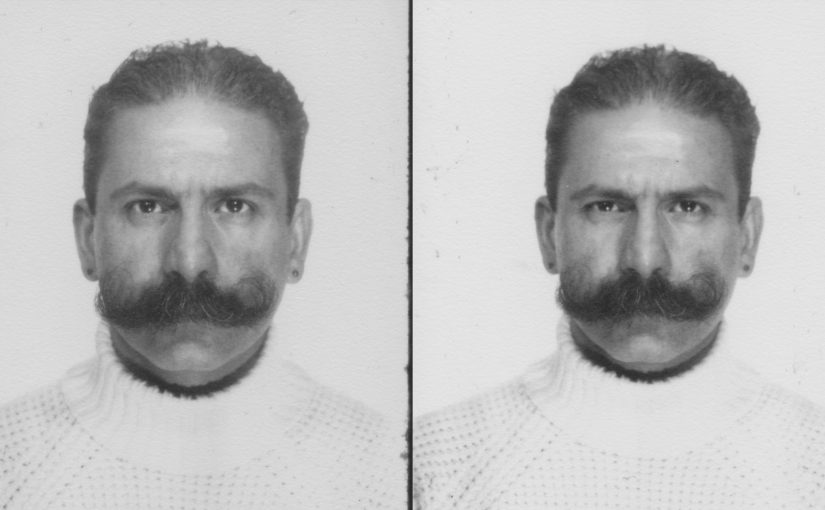 Rouzbeh Rashidi (born in Tehran, 1980) is an Iranian-Irish filmmaker. He has been making films since 2000, at which time he founded the Experimental Film Society in Tehran.

Rashidi has always worked entirely away from mainstream conceptions of filmmaking, striving to escape conventional storytelling stereotypes. Instead, he roots his cinematic style in a poetic interaction of image and sound. He generally eschews scriptwriting, seeing the process of making moving images as exploration rather than illustration. His work is deeply engaged with film history, and primarily concerned with mysticism, philosophy, esotericism, cosmology, phenomenology, and hauntology. The films are wildly experimental and often surrealist, magical realist, and mysterious, and have been associated with the Remodernist movement. They are unified by his oneiric imagination, idiosyncratic working methods, and the dreamlike experience of watching them.

The films are inspired by, and constructed around, images, locations, characters, and immediate situations. He has made bold use of a wide range of moving image devices, including Blackmagic Design cameras, DSLR and Mirrorless cameras, VHS, DV, Super-8, Go-Pro, webcam and mobile phone. In editing, he often combines different sources of imagery and almost always does extensive post-production work on his films’ looks. A skilled photographer, Rashidi has regularly experimented with unusual lenses and filters, even making his own. His feature, Phantom Islands (2018), received much praise for its distinctive blurry-edged look that resulted from using specialist 19th-century lenses with a Blackmagic URSA 4K camera. Rashidi also generally designs the soundscapes that accompany his films. His decision to avoid dialogue in most films is a conscious link to early cinema, which is a frequent point of reference in his work and a reminder of his belief that cinema is always in the process of being invented and reinvented.

Since 2000 he has focused on feature projects, conceiving and producing 11 experimental feature-length films. Early films were entirely self-financed, and recent films are low-budget productions funded by the Arts Council of Ireland.

The full filmography is HERE

In 2011 Rashidi initiated the Homo Sapiens Project, an ongoing series of personal experimental video works. Since its inception HSP has undergone an organic metamorphosis, drastically mutating from cryptic film diaries and oneiric sketches to fully-polished feature films. As a result, the project has created many different experiences for Rashidi as a filmmaker. While HSP is steadily evolving, one thing remains constant: the view to create impressionistic portraits of people and places, imbuing them with an eerie sense of mystery that is perhaps reminiscent of horror and sci-fi cinema. Rashidi has collaborated with a large selection of artists worldwide and has so far completed 201 instalments that vary in duration.

Films have been screened on every continent except Antarctica.

Rashidi is a recipient of the Film Bursary Award, Film Project Award and Next Generation Artist Award from The Arts Council / An Chomhairle Ealaíon. He has also received awards and supports from Culture Ireland, Dublin City Council, and Temple Bar Gallery and Studios. ​

More reviews can be found HERE

His work has been the subject of much academic research, including the Remodernist film movement’s first comprehensive history by Florian Maricourt at the Université de la Sorbonne Nouvelle, under the research direction of Nicole Brenez, a professor of cinema studies at the Sorbonne and curator of the avant-garde film series at the Cinémathèque Française in Paris. Read it HERE (in French).

‘… The most active, prolific and intrepid group of experimental filmmakers working in Ireland’.

EFS was founded in 2000 in Tehran, Iran, by Rouzbeh Rashidi and has been based in Dublin since 2004. It has produced, co-produced, or otherwise assisted in making over fifty no-budget or very low-budget feature-length films and 500 short films. In 2011, EFS began to organise screenings, performances, and talks, an initiative that has since resulted in over one hundred events worldwide.

EFS concentrates on nurturing film projects which reflect the distinctive cinematic vision that it developed over its eighteen-year existence as a not-for-profit collective. EFS produces films that are distinguished by an uncompromising devotion to personal, experimental cinema, and is at the centre of a new wave of Irish experimental filmmaking.

EFS also curates screenings of experimental film, mainly by filmmakers and artists associated with it, both nationally and internationally. In mid-2017, EFS became a company limited by guarantee to facilitate the increasingly ambitious and professionally funded projects it now focuses on. Rashidi archives and produces EFS films and arranging, programming, and presents screenings of this constantly-growing body of work. He also manages all EFS online video hosting, including ‘EFS Video on Demand’, where a selection of short, medium, and feature-length films are available for streaming and download.