Kinetics in Blue at The LAB Gallery 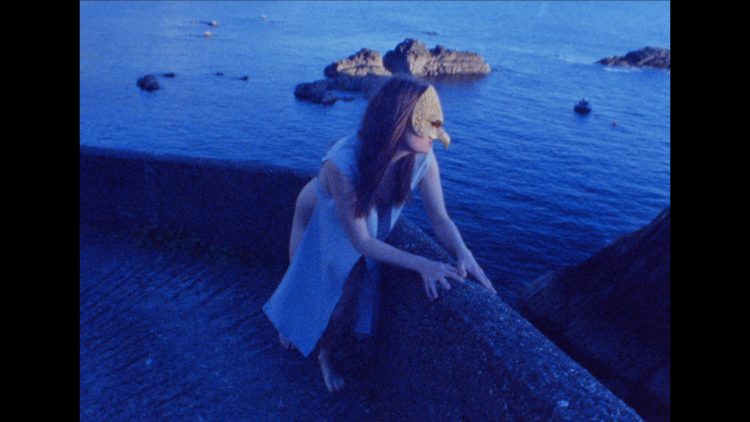 The LAB is pleased to present Kinetics in Blue, new work by Atoosa PourHosseini.

In Ben Street’s A History of Art in Four Colours (2018) he describes blue as the colour of longing. Historically employed by landscape painters to depict that which is out of reach, the sky, the distance, the edge of visibility, it’s origins in the semi precious stone lapis lazuli mined in Afghanistan also ensured that it was at one time more valuable than gold.

Working through film and sculpture, Pour Hosseini took Derek Jarman’s film “Blue”(1993) as a starting point to further consider this sensory relationship to colour and landscape, ideas of displacement and immigration. In Jarman’s work the narrator describes “Blue is more than colour. It’s more than a mood, a sensation, or the frequency at which we can see super-hot flame. It is a state of being. It “transcends the solemn geography of human limits”.It can be as violent as red, as morose and foreboding as black, or as pure as white.”

Pour Hosseini has developed a series of new works layered throughout the LAB Gallery inviting the viewer to enter a landscape at once inviting and out of reach reflecting experiences of a shifting sense of self when displaced from a familiar landscape and thrust into a strangeness like the character in new film, a hybrid woman/ bird of prey.

We are pleased to present a special live performance by Pour Hosseini and her collaborator Karen Power on the opening night.

The exhibition is supported by a project award from the Arts Council Ireland and is accompanied by a specially commissioned text by Alice Butler and Daniel Fitzpatrick are Co-Directors of AEMI.