I’m Not A Doctor But I’ll Take a Look 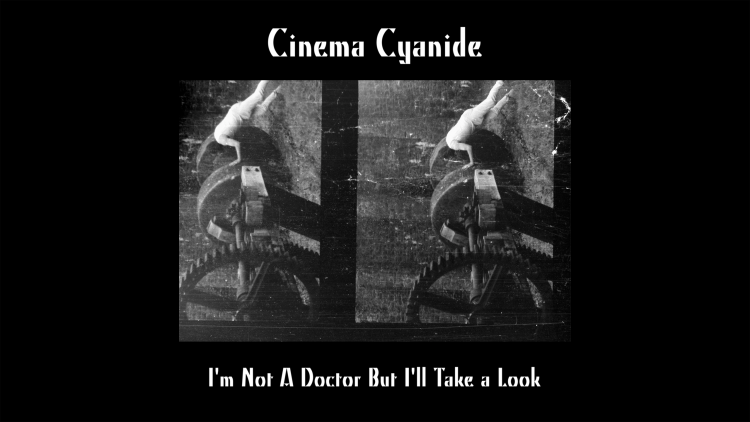 I’m Not A Doctor But I’ll Take a Look, the ninth release by Cinema Cyanide, is now online HERE

The album was produced, arranged and composed by Michael Higgins.

‘I’m Not a Doctor But I’ll Take a Look was created in response to the Ballincollig Gunpowder Mills, the historical site now occupied by Cork Film Centre. Three fragmented split-screen projections of hand-processed 35mm black & white film present glimpses of mysterious characters in the post-industrial remains of the Gunpowder Mills. Their appearance and often strange actions make their era impossible to determine, giving them a ghostly resonance. But the battered, aged appearance of the film itself is as important as the images, linking the now moribund technology of celluloid film to the location’s industrial past. This connection is accentuated by the other elements in the show: a selection of rusted metal objects relating to the Gunpowder Mills that Higgins found abandoned in nearby woodlands; jars of chemicals; strips of film; and, not least, an intense sound installation that evokes both industrial-age machinery and its ghosts in terms of noise. Curated by Maximilian Le Cain.”