Immanence Deconstruction of Us (2011)

Immanence Deconstruction of Us: is the ‘Us’ of the title the ghostly figures, now long disappeared, from the old found footage home movies here reassembled? Or is it ‘Us’ today, watching these figures still moving, still moving in spite of the passage of time? Either way, all dissolve in the thick snow of film grain from which they emerge in Rouzbeh Rashidi’s haunting tenth feature film. 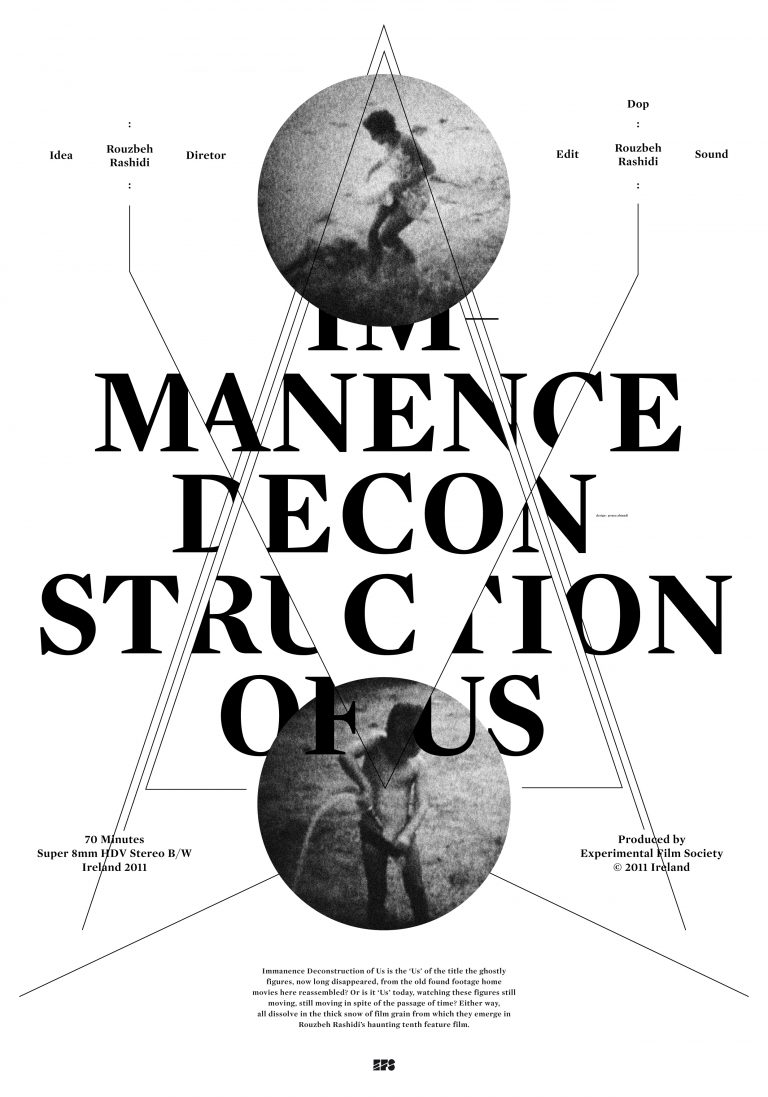