HE is an experimental feature film by Rouzbeh Rashidi which exploring the theme of suicide, funded by Arts Council of Ireland, supported by The Guesthouse Cork, produced by Experimental Film Society.

HE, the third work in the ongoing collaboration between Rouzbeh Rashidi and actor James Devereaux, is a troubling and mysterious portrait of a suicidal man. Rashidi juxtaposes the lead character’s apparently revealing monologues with scenes and images that layer the film with ambiguity. Its deliberate, hypnotic pace and boldly experimental structure result in an unusual and challenging view of its unsettling subject.

Funded By Arts Council of Ireland.

Supported by The Guesthouse Cork. 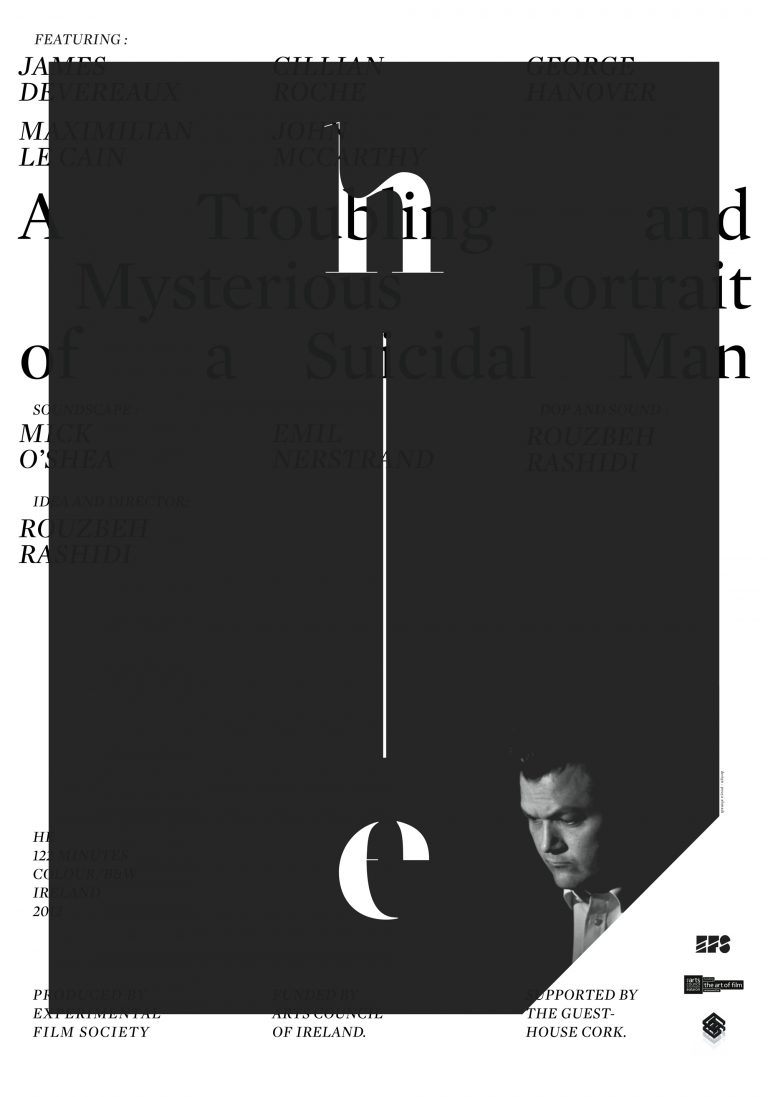