A sort of oneiric video diary that gives the impression of having been discovered on an old VHS tape forgotten in someone’s basement. 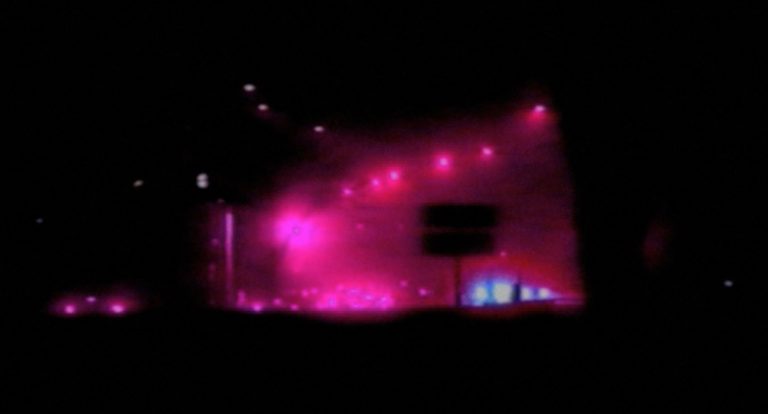 Lately, I’ve had a recurring vision: to make a video as someone from another planet. I’ve also been thinking that there’s a lot in this cinema that’s ritual, that offers the conditions for a ritual to take place when it starts to occur. A film that is a ritual and which proposes a ritual, like an expanded cinema which is another expanded cinema. One which expands itself through the images towards the spectators. Which establishes a connection between the screen and their brains, a union I like to visualize as an organic cathode ray tube of millions of colours or greenish, vibrant, terrifying but taking me where it wants me to go. Damp Access offers these possibilities.