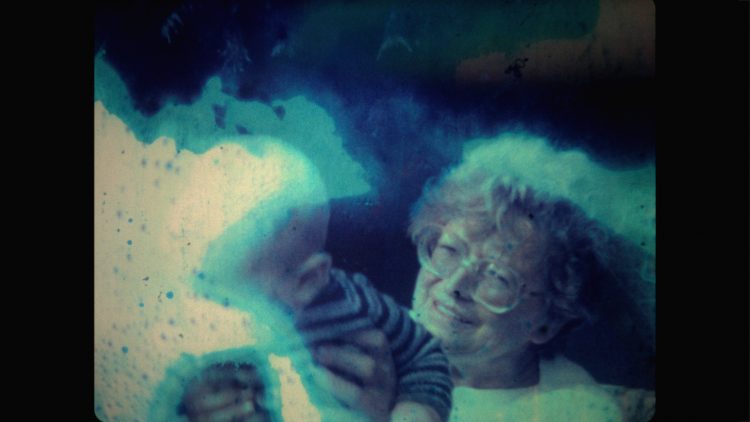 Refining the Senses is an uncanny sensory experience that places the viewer in a mysterious and contemplative liminal zone between different dimensions of life, death and memory. Making evocative use of the textures of Super-8 film, the visuals combine reworked found footage of anonymous old family films with newly shot scenes in which Pour Hosseini re-imagines the life of this family. By using multiple projections and painting directly onto the surface of the film, she conjures a visually gorgeous meditation on the uneasy intersection of the personal and universal in image making. The improvisational interaction of her projector performance with Walsh’s live sound form a dialogue in which moments frozen in time in the film are reactivated in the present through the impulses and reflections of the artists.

Suzanne Walsh is an audio/visual artist and writer from Wexford currently based in Dublin. She uses performative lectures, fiction and voice to explore various themes, often around the relationships between animal/humans as well as querying the borders of the self. She also collaborates with film­makers, musicians and other artists frequently, drawing on previous acting and musical skills. Her work often draws on literature, ecology and music and makes work within musical, art and literary contexts. Recent performances in Eight Gallery, IMMA and DLR Lexicon (with Hissen), New Lacanian School Congress, and the International Literature Festival. She also recently completed a writing commission for Resort Revelations residency for Fingal County Council. She will begin a residency in Fire Station Studios in 2017. More info HERE

Refining the Senses was produced and curated by Experimental Film Society and developed at Temple Bar Gallery + Studios.