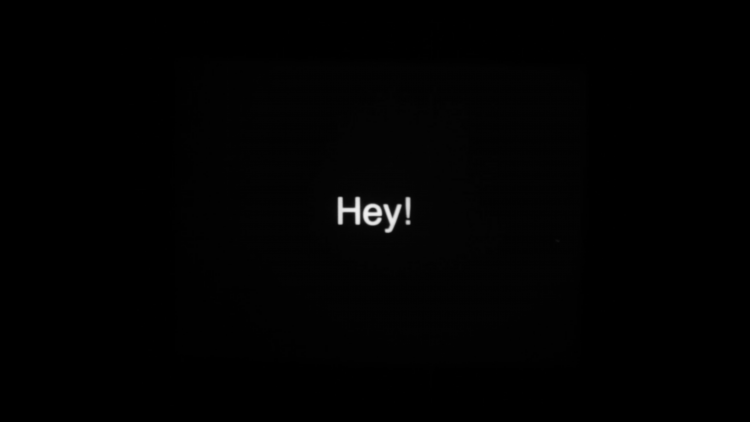 Experimental Film Society presents a programme of films by Atoosa Pour Hosseini and Esperanza Collado. The work of these two artists included in this screening is rooted in their profound if contrasting relationships to the material of celluloid film.

The painterly, visually dense style of Pour Hosseini’s films emerges from her intricate work on the texture of 8mm. Combining found and original footage, she scratches, dyes and paints the film surface to highlight both the fragility and persistence of the image. These works trace a haunting inner logic of loss, memory and displacement that fluctuates between the personal and the general, the pictorial and the material. Bodies wander, landscapes echo each other and time is unwound through a complex approach to the associations of 8mm with being a medium of the past and of private rather than industrial filmmaking. The digital form these works finish on brings a further contemplative layer to their rich exploration of the resonant mystique of 8mm.

Esperanza Collado’s Evenly Balanced, Almost uses a 16mm projection to root the audience in the here and now, in the immediate living reality of the moment of the screening and the viewers attending it. This minimal textual film takes the form of a direct address to the audience, making its main subjects the relationship between the film and those watching it, and the space of the dark theatre. Playfully and humorously, the screen enters into a surprising dialogue with the spectators that brings them back to the most fundamental mechanisms of the cinematic experience.

Pour Hosseini and Collado will be present for a Q&A after the screening.

Atoosa Pour Hosseini is an artist-filmmaker based in Dublin, Ireland. Her work, which is influenced by historical avant-garde cinema, explores questions about illusion, reality, and perception through the media of film, video, installation and performance.

Esperanza Collado works with installation, environment-performances, film and written work that engage with the philosophical vocation of cinema and the spacial and choreographic possibilities of projection.

Experimental Film Society is an Irish company dedicated to the production and screening of films defined by an uncompromising devotion to personal, experimental cinema.