“A Brief Factual History of EFS” 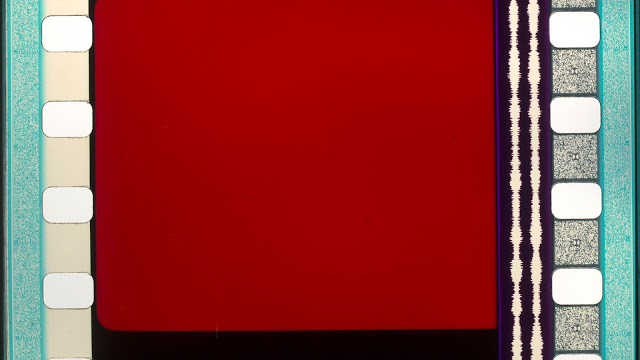 Experimental Film Society (EFS) is an independent, not-for-profit entity specializing in avant-garde, independent and no/low budget filmmaking. I founded it 2000 in Tehran and it has been based in Dublin, Ireland since 2004. It unites works by a number of filmmakers and associated artists scattered across the globe whose films are distinguished by an uncompromising devotion to personal, experimental cinema. It began as an organization for producing and archiving films, which it still does. But since 2011 one of its main activities has been organizing and promoting screenings of EFS work in venues all over the world. In May 2016 the 60th EFS screening will take place in Ireland. As well as screenings, EFS has organized live cinema events, installations and exhibitions. It has an online archive of shorts and a VOD site for features. Its side-projects include the online journal EFS Publications and the noise project Cinema Cyanide. Its current membership stands at nine filmmakers.

There are no strictly defined rules governing EFS films, but most works share some general principles or characteristics. One is the avoidance of a script or any form of written plan. Films that grow from images rather than words have their own particular qualities. By extension, EFS filmmakers share an exploratory, improvisational approach to filmmaking. They often don’t know exactly what the film they’re making is until the last day of editing. They control the film less than it controls them. EFS films are made in complete creative freedom and the vast majority of them are self-funded, although recently some of us have benefited from grant funding. The equipment used tends to be basic and inexpensive: DSLR cameras, 8 and 16mm film, web-cameras, mobile phone cameras, DV and even VHS. A considered relationship with the material specificity of each format and its characteristics is very important to us. Our films are often crafted from the places and people we encounter in our everyday lives and travels, although these are viewed through a poetic prism rather than with a documentary approach. Plots are usually very abstract with little or no dialogue. EFS films are all massively personal and, in a sense, not complete. They don’t present the viewer with a neatly defined narrative universe or dictate exactly what he or she should feel at each moment. Their relationship with the audience is perhaps similar to a song that provides only the bass and drum line, leaving the listener to add his or her melodies. They remain open enough for the public to remain themselves while watching, instead of being ‘taken out of themselves’. These films are about images and the progression of images. When there’s sound or music, they’re about the interaction of sound and image. Cinema itself is always the subject, experimenting with its forms. Not necessarily pushing its limits, because I believe the limits of cinema have already been reached by Structuralist filmmakers like Sharits, or by Garrel’s early films, for instance. You can’t go beyond that. But if a filmmaker’s experiments are true to his or her perception and personality, the medium’s possibilities are constantly renewed.

When I started to make films back in January 2000 in Tehran, I felt that there were three main categories of filmmaking to choose from and be in. One was the mainstream cinema, with a strong emphasis on storytelling, either fiction or documentary. The second category was the underground/guerilla type cinema, which was bolder in its subject matter and embraced micro-budget techniques, but was essentially not that different from films in the first category except for its lack of money. I liked their DIY techniques, but that was about all. The third category was video art, which often had an explicit ideological agenda, be it social, political or religious. Some works were more personal and poetic, which I preferred. But this work came out of a visual arts context, whereas I was attracted to cinema itself. I felt that I didn’t belong to any of these groups. I wanted to do something very experimental within cinema, influenced as I was by history of film. I needed to establish a system of making and screening such films.

That was the basic motivation behind EFS. So in 2000 I founded Experimental Film Society. I made films in Iran until 2004 and then I moved to Ireland. During my filmmaking adventures in Iran I would organise private screenings of new work (my own and films by others) for friends and similar people. During that time I realised that you simply cannot expect any kind of support from film festivals or government agencies. If you want to survive then you must create the culture that you want to be part of, and build it yourself from scratch. Naturally it is not a one-man job, therefore you most definitely need an experimental film collective in order to achieve this goal. When I came to Dublin, I continued making films. As time passed, I came into contact with like-minded filmmakers in Ireland and EFS started to grow again. Although an international entity, it must be admitted that Iran and Ireland form the two definite geographical poles of EFS. The former members from its early days are, of course, all Iranian. Amongst current Iranian members are Émmsen Jafari and Dublin-based Atoosa Pour Hosseini. Arriving in Ireland, I found myself in some ways in a similar situation to that which I had experienced in Iran: Irish film history can boast of a few notable figures in experimental film but there was never a real tradition of alternative film. There was nothing happening I could relate to or fit into as a filmmaker. In the years since, the work done by EFS members Dean Kavanagh, Michael Higgins, Maximilian Le Cain and me has been described as bringing a new experimental energy into Irish filmmaking. Although still at the margins, our efforts are becoming increasingly noticed in Ireland. The Irish connections continue: I met Swiss member Jann Clavadetscher when he was living in Dublin in 2005. In 2014, he has again moved from Zurich to Dublin. Spanish artist, filmmaker, curator and authority on paracinema Esperanza Collado had moved back to Spain when I first met her. But she spent several years in Dublin in the late 2000s, during which time her work as a writer and curator was immensely important in fostering an experimental film culture in Ireland. In fact, only Jason Marsh, who lives in Wales, has no connections with either Iran or Ireland.

Ultimately, though, I don’t believe in national cinema. I only believe in the ‘continent of cinema’ that all of our films belong to. They belong to everyone from any nationality. I never felt like I belonged to any specific place or culture. I think EFS films are universal and can be understood by any creature including extra-terrestrial life. As far as I am concerned, EFS could just as well be on Mars and we would still make the exact same type of films.