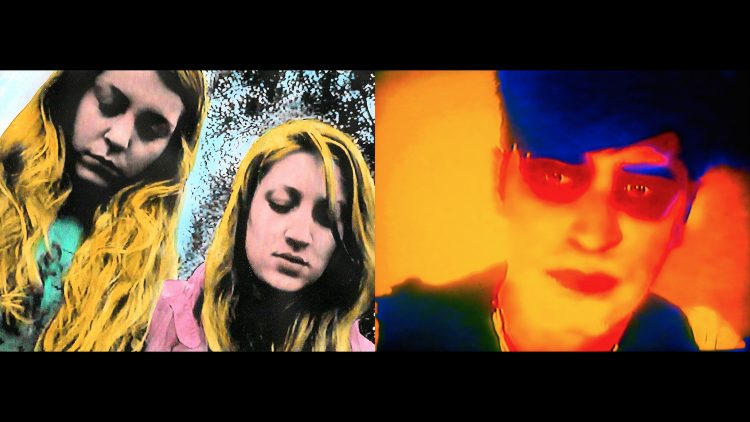 Tickets available at the door: €7

Clara Pais & Daniel Fawcett have been working as collaborating artist filmmakers since 2011, under the banner of The Underground Film Studio. Cinema is both the subject and medium with which they work. Through filmmaking, installation, performance and photography they explore the language and forms of cinema as an arena for modern ritual in which one can engage with personal and collective myths. In their films, Daniel and Clara explore unconventional forms, narratives and processes, seeking to expand the possibilities of what cinema can be as a form of storytelling, as a sensory experience and as an arena for rituals of healing and transformation.

A kaleidoscopic experiment in cinematic alchemy, Savage Witches is a playful and poetic feature film which follows two girls who use their imagination and the magic of cinema to break free from the prison they see around them. It is a colourful collage of sounds and images that has been created using all manner of processes and formats, resulting in a bold and expressionistic exploration of the art of cinema.

‘It’s one of the most remarkable and celebratory films I have seen in a long time, a genre-defying explosion of creativity, personal expression and experimentation. There is a lot to say about this film, and it also raises many fascinating questions – it breaks all the boundaries between DIY and ‘art’ filmmaking, between narrative and experimental, between actor and filmmaker.’ Richard Ashrowan – Alchemy Film and Moving Image Festival

In Search Of The Exile is a visionary cinematic experience, a doorway into a dream world where reality morphs and transforms before our eyes. In this film a lone figure wanders through a mysterious wilderness while hounded by spectres and unseen forces. This is a solitary journey, a path of exile and hardship that leads beyond the abyss to where reality loses its mask of concreteness and shows its true fluid face. The Wanderer is assailed by enigmatic figures and creatures that dance across the screen; reality is only momentarily graspable before disintegrating into a sea of colour, texture and abstraction. Each step forwards demands complete submission in order to find harmony in the tension of opposites.